Kwaku shares wonderful insight on how God came to be and how that relates to what some prominent atheists posit today.

Some atheists propose, when pushed, that life possibly was seeded here by an advanced extra-terrestrial.

Jeff at Latter-day Saints Q & A:

Short podcast from a review of Andrew Skinner’s new book:

A Compelling Case for Theosis

Abstract: What is theosis? Why does the doctrine of theosis matter? Why did God become man so that man might become God? In his book To Become Like God, Andrew C. Skinner answers these questions with compelling clarity. He provides ample convincing evidence that, far from being a deviation from original Christian beliefs, the doctrine of theosis, or the belief that human beings have the potential to become like God, is central to the Christian faith. – Can a Fulness of Divine Power Be Shared?

– Can Divine Sovereignty Be Shared By Humans?

Latter-day Saints have a unique theology.  We believe our Heavenly Father and his Son are separate beings and that they have exalted bodies.  We believe we can be like them.

This notion of becoming like God is not new.  It’s biblical.

One can read a lengthy paper on the topic:   Defenders of the Doctrine of Deification. 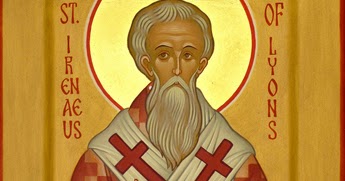 In this Maxwell Institute podcast below, Powell talks about his book, “Irenaeus, Joseph Smith, and God-Making Heresy.”

The idea that humans can become gods appeared in a setting of extreme opposition both for early Mormons like Joseph Smith, and early Christian leaders like Iranaeus.

The principles associated with theosis presented by Jordan Watkins:

Non-Mormon, Margaret Barker, spoke in 2016.  Among many other points, Margaret shared that the Deuteronomist editors removed references to the a human-form Heavenly Father visiting Old Testament prophets (after 26:00).

After the first hour, three LDS scholars shared their own insights:

Deification in a Mesoamerican mindset: