Mission presidents receive neither stipends nor any income from the LDS Church. But their expenses are paid.

How could any — except the wealthiest of Latter-day Saints — afford to serve for three years without financial support?

My first mission president was an accomplished attorney. The second was a train conductor.

Let’s read directly from the (leaked) handbook on this topic. 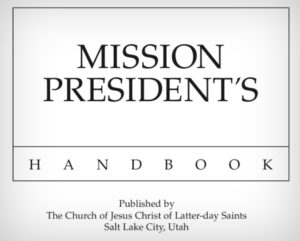 I found these explanations on via Google just this morning.

Critics quibble over terms necessary and living expenses. But most such critics are neither tax attorneys nor mission presidents who left their employer for three years.

More from Google.  A critic scanned in the entire Mission President Handbook.

Fine with me. Nothing to hide. See anything damning or controversial below? 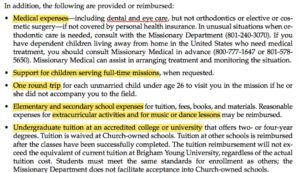 Are mission presidents getting wealthy? Nope. Only focusing on their objective:  missionary work.

Should the prez ride a bike?

As described in detail below (quoting the IRS rulings on this topic), mission president expenses and reimbursement are not considered income.  Therefore, such events, transactions, and items are not taxable.  What critics suggest is “sneaky” or malevolent is nothing of the sort.  Instead, it’s obviously legal, measured,  and appropriate tax advice.

Anyone in business, finance, and accounting see what’s in the handbook as routine. Not controversial. At all.

Any surprises here?  My mission president had neither a cook nor a housekeeper.  I imagine the office elders helped clean.

In other missions, including Latin America, employing cooks and others is more common.

No income equals no tithing. Simple.

These — all leaked but boring items in the handbook — are common practices by other faiths whose members serve full-time.

All these practices are in line with the IRS and other countries’ tax laws. 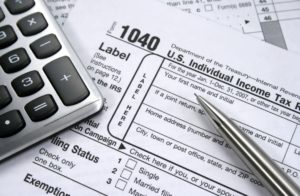 An LDS accountant posted this at Common Consent:  “Mission Presidents and Taxes”

– expenses above are widely considered reasonable by the IRS for religious, government, and other representatives

– mission reimbursement for the above expenses is not considered income (therefore, no taxes are to be paid)

*** Don’t forget to read the comments below this tax blog. Very insightful!