Anthony Sweat uniquely frames this discussion.  Similar to animal sacrifice in the Old Testament, Antony suggests that this practice of polygamy isn’t our revelation.  Instead, polygamy was from another time for another people.

Nobody has done more research on this topic than Brian Hales.  Brian encourages more transparency.

Latter-day Saints Q & A provides insights in his three-video series:

10-minute summary from a Church historian:

Brian Hales has done incalculable amounts of work on this topic.  See his website: Joseph Smith’s Polygamy.  His site includes a search engine, a lists of all wives, and all known details associated with each wife.

A recent presentation by Brian Hales on this topic:

Greg Smith discusses polygamy at a 2016 conference in Rome:

side note:  a non-LDS miller — Jacob Hawn of Hawn’s Mill, Missouri — married a woman at the age of 15.  Jacob’s first wife died, and Jacob 2nd wife was 15.  Young for us, but not too young for that time.

Geneticist Ugo Perego shares his research as part of understanding Joseph’s polygamy.   Ugo himself performed some of the experiments to demonstrate lack of paternity.

From Brian Hales’ research.  Joseph was sealed to a 14 year-old young woman.  All the evidence points to an eternity-only sealing.  No evidence of sexual relations.

John C Bennett was not a polygamist.  He was a serial adulterer.

This controversy, involving William Law, led to Joseph’s death.  William Law started the Nauvoo Expositor newspaper, which was unlawfully destroyed in an order by Joseph Smith. 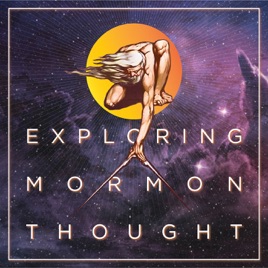 Stephen Jones is Real presents a new lens with which to consider these old issues.

Brian Hales responds to the significant challenges on the topic:

Debunking the anti-Mormon CES Letter and its extreme claims:

Ugo Perego, geneticist, contributes to an issue of paternity:

Joseph discusses the (almost-all-made-decades-later) claims against Joseph outside of Nauvoo:

An interesting view on the social conditions:

Van Hale touches on the topic of Lust in the 19th Century in a recent Mormon Miscellaneous podcast.