Brian Hales has written much on Joseph Smith’s polygamy in the past.   He recently wrote this article —  Changing Critics’ Criticisms of the Book of Mormon Changes — for the Interpreter in 2/18.

You can listen in under 26 minutes here. 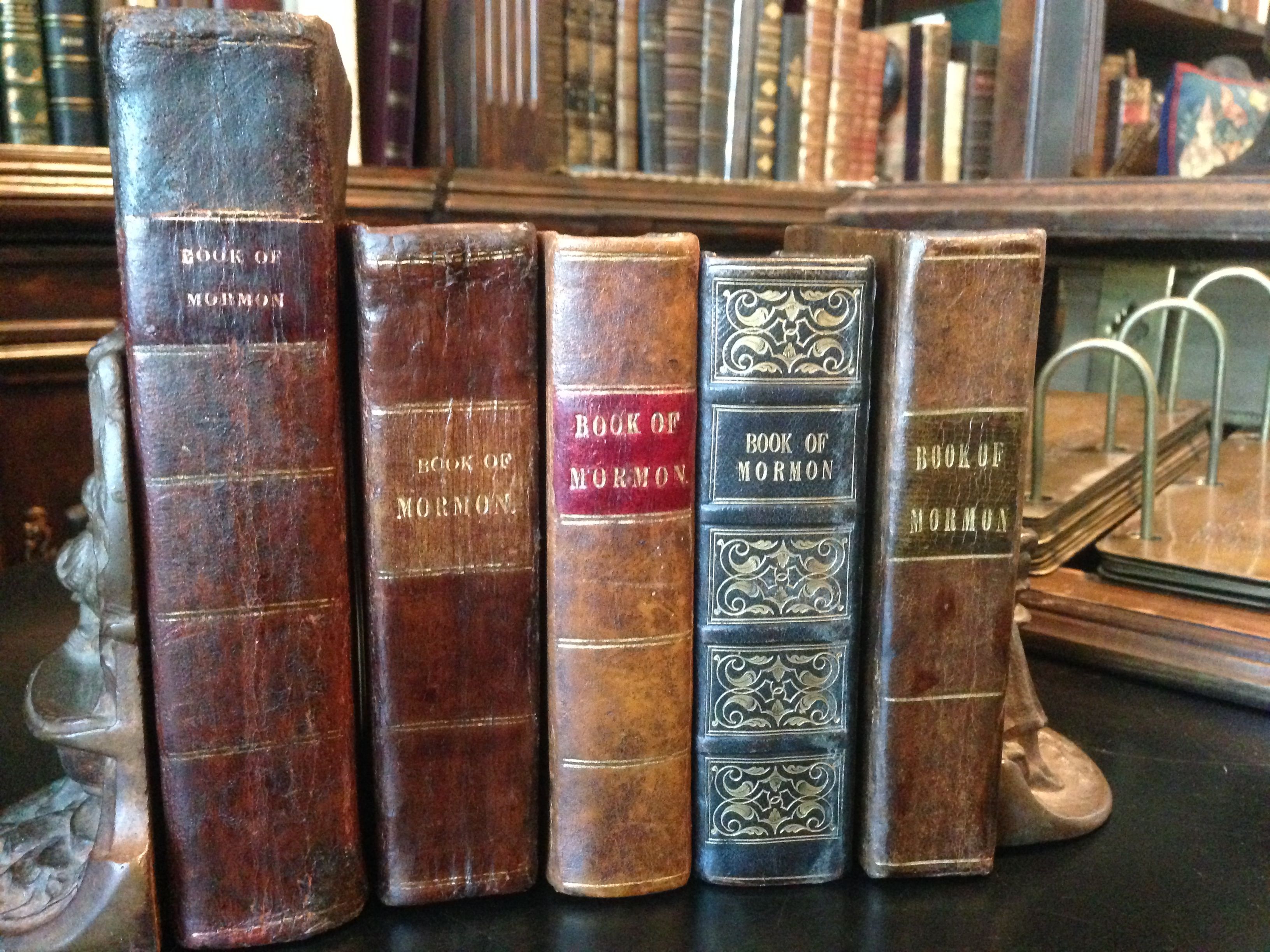 “The words dictated by Joseph Smith between April 7 and June 30, 1829, were published with few alterations. However, Joseph intervened in the 1837 and 1840 printings to make multiple changes in the previously published wordings. Other emendations have been authorized by subsequent Church leaders.

Several authors have documented different tallies of alternations made in the various versions of the Book of Mormon (see below). Understanding the quantity and quality of these emendations may be helpful in understanding how Joseph Smith created the text in the first place.

Two critics took the time to count the changes.  Turns out, they underestimated when compared to the digital work done by LDS scholar, Royal Skousen:

Jerald and Sandra Tanner’s 1965 publication, 3,913 Changes in the Book of Mormon, has probably had a greater influence. Much like Lamoni Call’s approach in the 1890s, Jerald Tanner sat down eighty years later with an 1830 edition and a 1964 edition of the Book of Mormon and annotated all changes he could identify. His count almost doubled Call’s. In their introduction, the Tanners also allege a conspiracy by Church leaders to conceal the changes: “The changes made in the Book of Mormon and in Joseph Smith’s revelations have apparently caused the Mormon Church leaders some concern, for they fear that their people will find out about them.”12

In the last two decades, digitalization of the texts has allowed a much more nuanced analysis of the words and word substitutions by a team of scholars in the Book of Mormon Critical Text Project led by BYU professor Royal Skousen.13 When he was asked, “How many changes are there in the Book of Mormon text?” Skousen replied:

I don’t know for sure, and I’ll tell you why it’s hard to count them. In my computerized collation of the two manuscripts and 20 significant editions of the Book of Mormon, I can count the number of places of variation. These are places where there’s a textual variant. The variant itself can involve spelling, punctuation, words missing or added, a grammatical change, and so on. In all, there are about 105,000 places of variation in the computerized collation.14

Critics claim no errors at all should be present.  But the translation at least partly involved Joseph.  And the original didn’t include punctuation, headings, columns, etc. There is evidence for both camps, tight and loose control.  Joseph spelled out proper nouns, but seemed to have freedom to speak (loose control), using words he knew, and playing a role in the transmission.

Others, such as Martin Harris and David Whitmer, reported that Joseph literally saw a scroll with Egyptian characters with English below.  That is the view of tight control. “Joseph Smith left no description of how the words came to him as he dictated. At a Church conference in 1831, Hyrum Smith invited the Prophet to explain how the Book of Mormon came forth. Joseph’s response was that “it was not intended to tell the world all the particulars of the coming forth of the Book of Mormon, and … it was not expedient for him to relate these things.”24 His only answer was that it came “by the gift and power of God.”25 That Joseph contributed to the process in an undefined but necessary way was demonstrated in 1829 when Oliver Cowdery attempted to translate but failed. The Lord explained why: “Behold, you have not understood; you have supposed that I would give it unto you, when you took no thought save it was to ask me. But, behold, I say unto you, that you must study it out in your mind; then you must ask.” (D&C 9:7–8). It appears that translating involved more than mimicking a court recorder reading back previous testimony.” 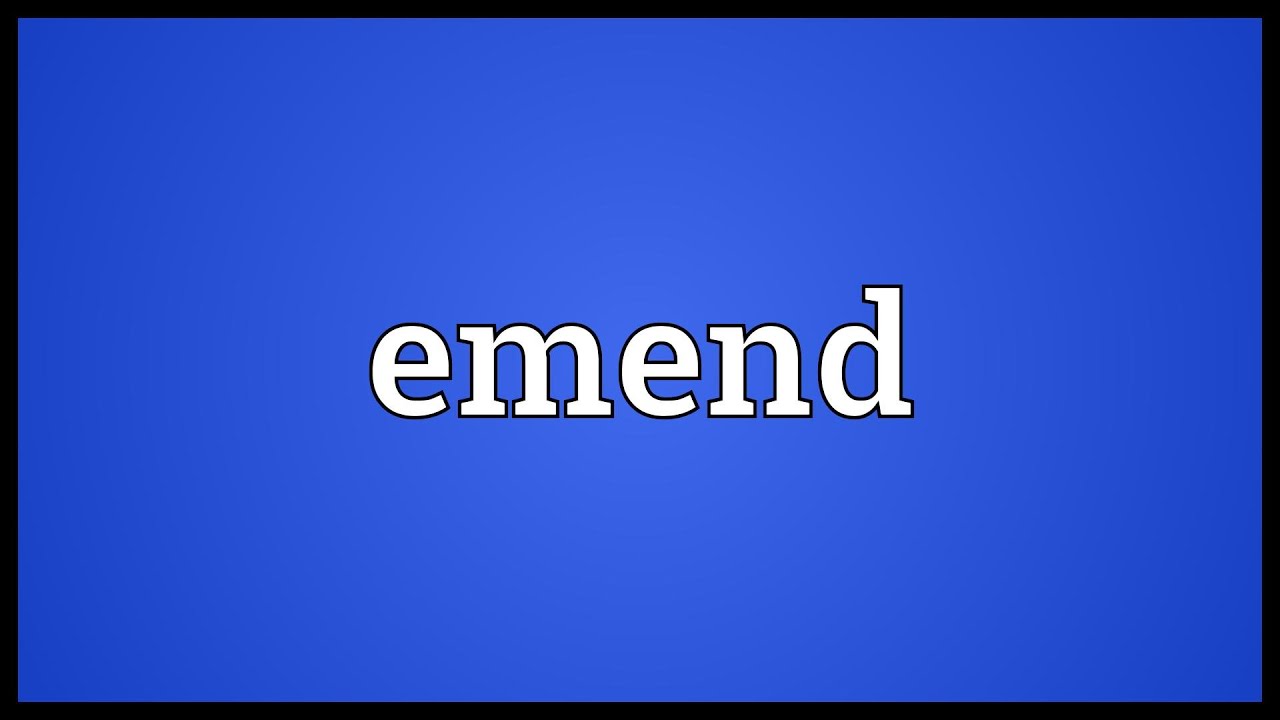 Brian Hales identifies and categorizes the changes and variants below:

Understanding the “Changes” and “Variants”

The Book of Mormon is “a literary feat for the ages,” writes Huffington Post blogger Jack Kelly. That Joseph Smith “dictated most of it in a period of less than three months and did not revise a single word before its initial printing is even more jaw-dropping.”29 So Joseph did not revise the original manuscript of the Book of Mormon before it went to print, but as Lamoni Call and the Tanners have documented, changes were made in subsequent printings.

If numerous revisions, rewritings, edits, and modifications were needed in a second edition, then the question is why? Did the original Book of Mormon manuscript contain many errors that needed correction like the early draft of most books that are eventually printed? If so, its creation might not have required divine intervention or have been significantly different from other publications. But if the changes constituted minor letter and word substitutions to upgrade the dialect and grammar without changing the primary story line or message, then Joseph’s creation would retain an important uniqueness.

Skousen’s research supports that none of the general categories of changes indicates the presence of glaring problems within the Book of Mormon narrative. 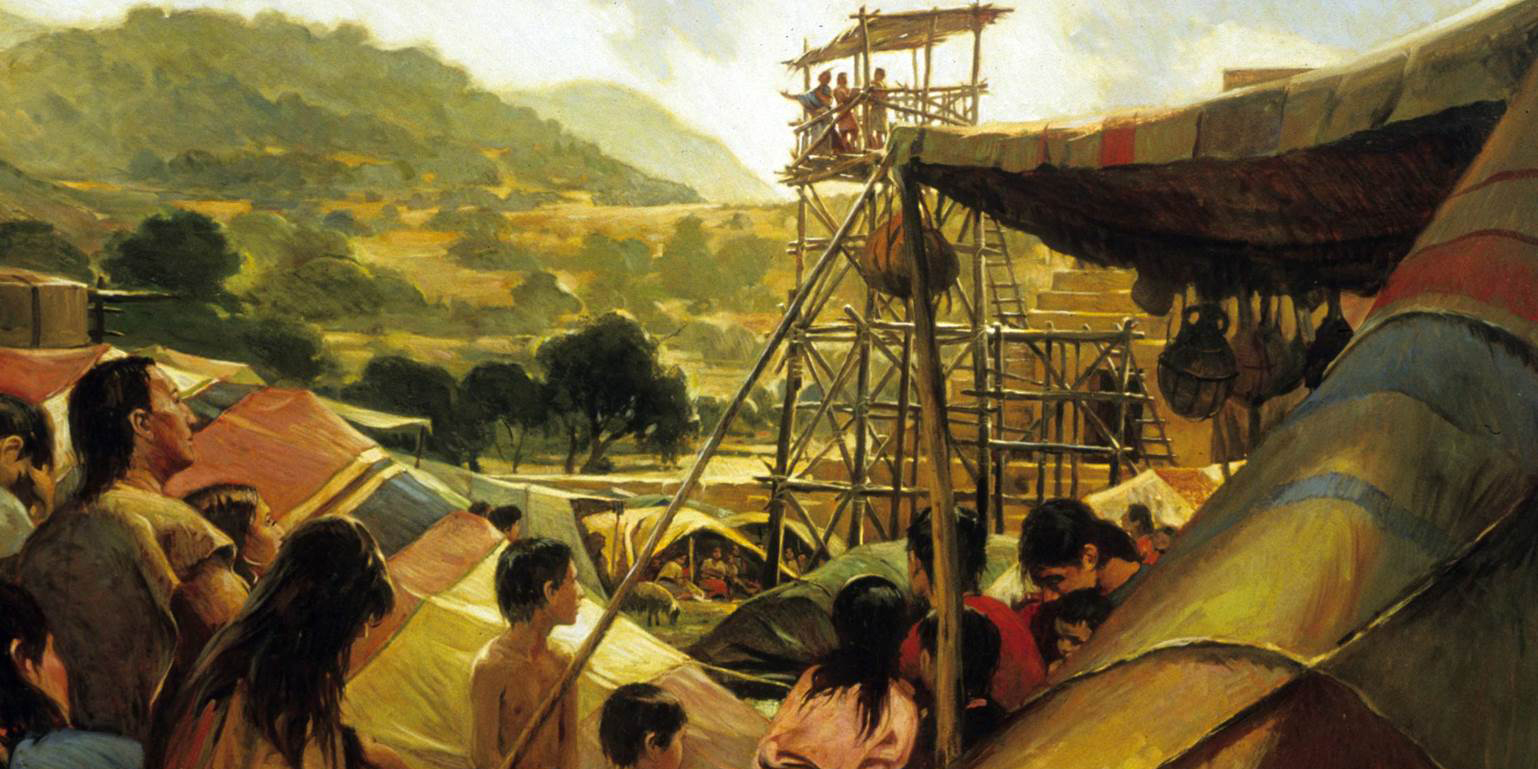 The two major (Tanner) claims related to adding “Son of” to God in four places in the Book of Mormon.  And changing Benjamin to Mosiah in two positions.  Hardly major changes.  Only editing changes for clarity.

“In Joseph’s early teachings, Christ was both God and the son of God, so either rendition was accurate.42 It could be reasoned that this highlighted change did not alter any doctrine or teaching, but the additional words served to more clearly distinguish the teaching from Trinitarian views popular in other religious traditions. Skousen speculates, “Perhaps he didn’t like the Catholic sounding expression” and that the addition was simply a “clarification.”43 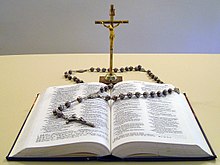 It appears that of all the possibilities, these two emendations were the most significant changes the Tanners could identify. If more important historical or doctrinal alterations had been encountered in their research, it is probable those would have been mentioned first.

The significance of all the changes will likely remain controversial, but a couple of observations can be made. First, these two do not seem to represent an attempt to correct sweeping contradictions or blunders in the text but rather provide clarification to potential ambiguities. Second, if these are the most egregious changes critics can identify, the Book of Mormon narrative, as it fell from Joseph’s lips, was remarkably free from significant errors. 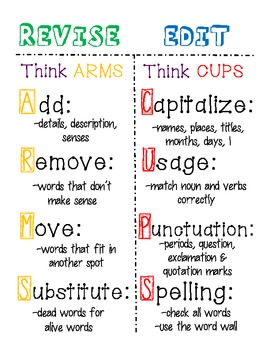 Book of Mormon Changes Do Not
Represent Revising or Rewriting

As discussed above, the changes identified by Skousen and Carmack do not refer to major modifications or corrections to sections of the Book of Mormon’s original wording.

(LDS critic) historian Dan Vogel acknowledged, “Smith’s method of dictation did not allow for rewriting. It was a more-or-less stream-of-consciousness composition,” adding, “It is not that the manuscript went through a major rewrite.”44

Normal content editing, which involves revising and reworking parts of the text, did not occur in the original or in subsequent editions of the Book of Mormon.

Many naturalists consider Joseph Smith to have been a first-time novelist in 1829 as he created the Book of Mormon, so the lack of revisions is unexpected.45

Professional writers and instructors generally emphasize the need for rewriting in order to create a finished manuscript. Betty Mattix Dietsch, author of Reasoning & Writing Well, addresses the plight of first-time novelists: “Some inexperienced writers seem to think they have hit the jackpot on their first draft. They evade the fact that every exploratory draft needs more work.”46

Note: image above is from the 9th edition.

“I usually write about ten more or less complete drafts” confides Pulitzer Prize winner Tracy Kidder, “each one usually though not always closer to the final thing.”47 In her college [Page 62]textbook, Steps to Writing Well, Jean Wyrick emphasizes the importance of rewriting:

The absolute necessity of revision cannot be overemphasized. All good writers rethink, rearrange, and rewrite large portions of their prose. … Revision is a thinking process that occurs any time you are working on a writing project. It means looking at your writing with a “fresh eye”—that is, reseeing your writing in ways that will enable you to make more effective choices throughout your essay. … Revision means making important decisions about the best ways to focus, organize, develop, clarify, and emphasize your ideas. … Virtually all writers revise after “reseeing” a draft in its entirety.48 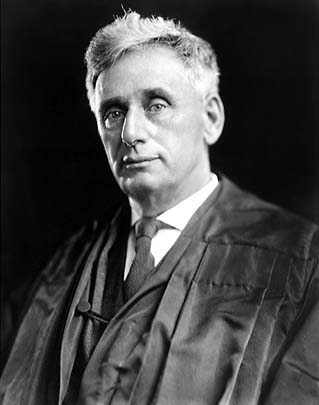 Louis Brandeis, who served as an associate justice on the Supreme Court of the United States from 1916 to 1939, coined a common maxim for authors: “There is no good writing; there is only good rewriting.”

That changes have been made in the Book of Mormon text should not be confused with the idea that revisions or rewriting occurred. They did not, which is surprising for a frontier-schooled twenty-three-year-old farm boy who is listed as “author.”49

A review of critical literature regarding the Book of Mormon identifies two classes of critics. There are those who tell their audiences that many changes have been made and provide examples (like the Tanners). There are others who report “upwards of 4,000” changes without any further discussion.50

On the surface, voices that stress the thousands of emendations could easily generate a mental picture of a book that underwent significant revisions and rewriting after its first edition. If the overall insignificance of the changes is not disclosed, the number of 2,000 or 3,913 changes could be used by critics to mislead their audiences, as propaganda is designed to do. 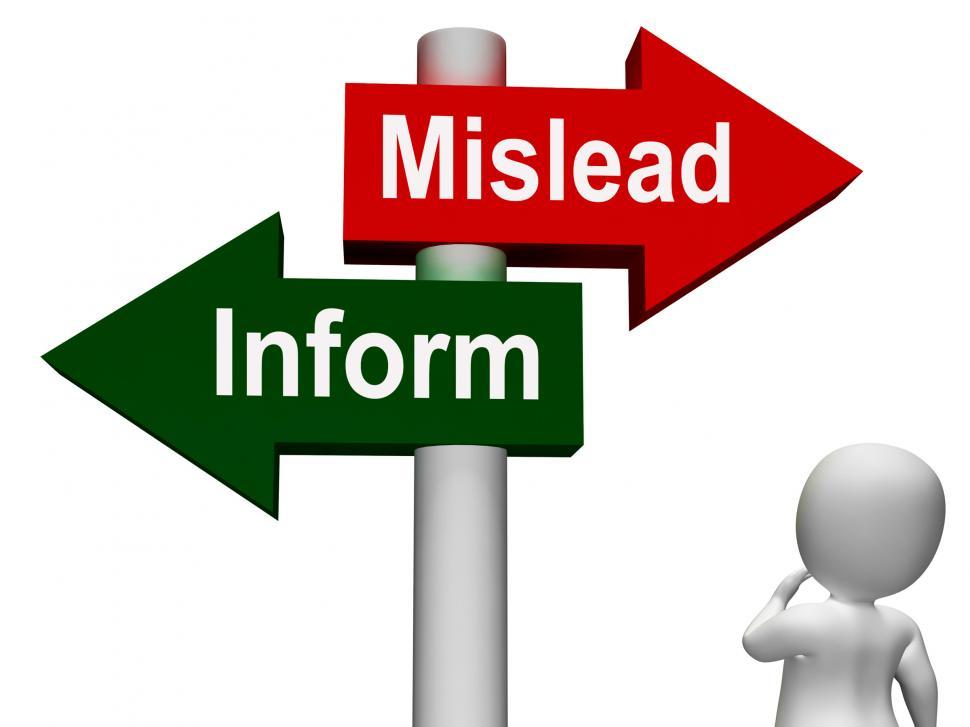 Jerald and Sandra Tanners have sold many copies of their book 3,913 Changes in the Book of Mormon, since first released in 1965. The title of the book is technically accurate. But how many unsuspecting observers have read (and continue to read) the title and assume the Book of Mormon manuscript required thousands of corrections to compensate for significant mistakes in Joseph Smith’s dictation?

The perception created by the title might be misleading because readers may impute more significance to the word “changes” than actually justified. If transparency is sought, then adding a subtitle might be useful: 3,913 Changes in the Book of Mormon: But None are Really Significant.

Royal Skousen summarized his research: “Errors have crept into the text, but no errors significantly interfere with either the message of the book or its doctrine. … Ultimately, all of this worry over the number of changes is specious.”51

Reid Moon, a 1985 BYU grad, shows the first five editions of the Book of Mormon printed in Joseph’s lifetime.

The Book of Mormon is a marvel.  The translation was a matchless feat.  It contains the restored Gospel.