Starting with the 3 Mormons.  Subscribe to their channel if you haven’t already.

Kwaku argues that the Book of Mormon is the most progressive scripture.  More so than the OT or NT.

Jacob directly criticizes the Nephites’ hatred of the Lamanites, based on skin color.  This sort of explicit condemnation isn’t found in the Bible.

One of the most challenging items Latter-day Saints grapple with in their history is the priesthood and temple restriction for those of African decent in force between 1852 and 1978. This video tries to shed light on what led up to the ban, why it may have gone on for so long and thoughts on how God could have allowed this to happen.

This video discusses scriptural misunderstandings of curses, marks, and Hebrew idioms referring to “black skin,” the modern-day construct of race, and how skin color is actually a sign of God’s love for all of his children.

Critics cite examples of racism in LDS Church history. It’s true. One can find them.

And?  Of course, LDS leaders were fallible and made mistakes. And not only on race. Joseph was much clearer (and better) on his practices with blacks than many contemporaries and subsequent LDS leaders.

Indeed, Brigham and other LDS leaders fell into practices we’re not proud of.  Most of their views and efforts were wonderful.  But a few were not. 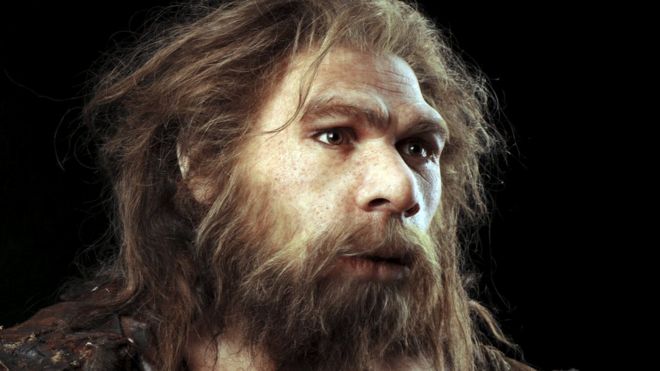 But let’s step back a minute.  Why didn’t God tell Moses about the value of all people, regardless of background, sex, ethnicity, race, etc?  Better still, why didn’t God program love for all mankind into Neanderthals?  Into their DNA or by direct visitation and prolonged training?

With such DNA intervention, we could have avoided all these social issues of race, gender, sexual orientation.

So, the real question is why didn’t we get “poofed” with perfect DNA that allowed for nice, broad-minded, perfect hominids and homo sapiens?  Well, that just isn’t how we evolved.  Humans tend to be selfish, greedy, and mean.  Human nature is what we are to resist.  It’s what we’re working through.

Don’t forget people have been enslaving each other for nearly as long as people have existed.  Black people.  Brown people. White people.  Folks in Africa.  Europe.  Asia.  Australia.  The Americas.  On islands.  Everywhere.

This question of race, indeed, involves the entire plan of salvation — not just the white leaders in the last 2 centuries. 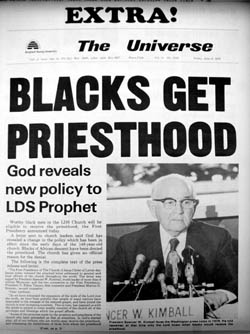 Blacks were given the opportunity to hold the priesthood in 1978.  Whether we gave it to blacks in 1938 or 2008 — the first, middle, or last among churches to rid their faith of (obvious institutional) racism — the issue still remains: there was a ban.  That was a mistake.

The question is really one of prophet fallibility:  can prophets make mistakes?  Does God allow them to?  It seems like God allows them to.  Mormons believe in agency. 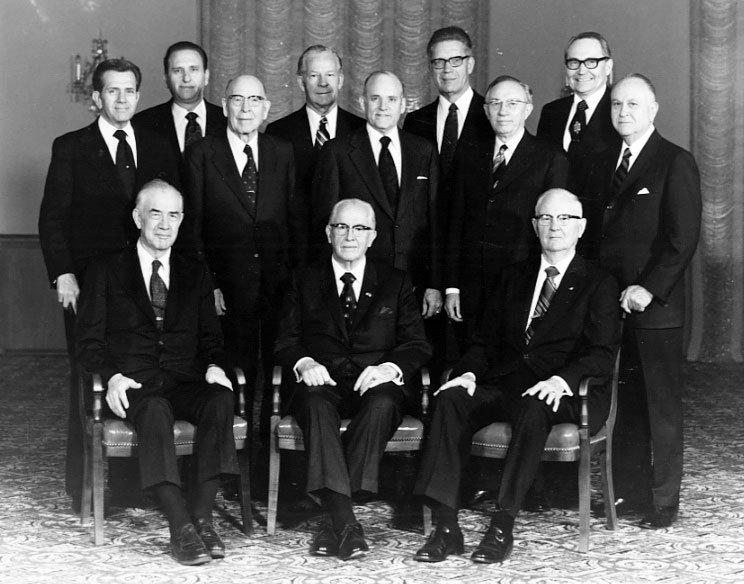 Another item many members and (most likely) virtually all non-Mormons don’t understand is that the Quorum of the 12 Apostles operates on a principle of unanimity.

That is, without 100% agreement they don’t move forward.  At least 1 apostle took longer than his peers on the topic of priesthood going to those of all races.  If we had to wait for 100% agreement on race from either political party we would have waited much longer for progress on race relations. Old Testament prophets were wrong on astronomy and virtually every social issue with respect to today’s values.  Racism, sexism, LGBT issues, as well as answers to gastric reflux issues wouldn’t have gotten amazing answers 4000 years ago, 2000 years ago, and  100 years ago.  Any surprise?  No.

Paul instructed women to not speak in church.  Was that acceptable then?  Seems like it. Acceptable now?  No way!  Was Paul still a prophet?  I believe so.

Were these Bible prophets still inspired and God’s best available instruments?  I believe they were. God uses mortals who are raised in a culture.  So far, no culture has been perfect.  Not even close, in fact.  All children are raised with biases and blind spots in judgment.  LDS prophets are no different.

Is the restored Gospel still true?  Yes.  Did Joseph see God and Jesus, as well as translate the Book of Mormon by the gift and power of God?  Yes.

Great video to start with:

Bro. Martins was the first black missionary to serve after the revelation in 1978.  Elijah Able, of course, served 3 missions in the early days of the Church after getting the Priesthood from Joseph Smith.

Please listen to his valuable perspectives on this topic:

Darius Gray joined the LDS faith in the mid 60s.  Gray was a counselor in the presidency of the LDS Church’s Genesis Group  when it was formed in 1971.  He was president of the group from 1997 to 2003.  In 2007, he appeared in the PBS documentary “The Mormons”.  He is also featured in the BYU Television series Questions and Ancestors.

Gray has also served as a developer of the website blacklds.org and on the advisory board of Reach the Children, a humanitarian organization designed to help people in Africa.

Gray was among those involved in Developing the “Race and the Priesthood” essay published on the website of The Church of Jesus Christ of Latter-day Saints in December 2013. In 2014 Gray was given a special citation by the Mormon History Association for contributions to Mormon history.

Marvin Perkins gave this talk in 2007 in SLC.

Marvin talks about genetics (nobody is actually white or black — only shades of brown), scriptural basis that prophets can err, the Plan of Salvation, what is a curse, idioms in scripture (white is an idiom for purity; black is a Hebrew idiom for gloomy, somber, etc.) that do not mean black and white race.  Idioms are the basis of white and black in all scripture, according to Marvin, in the Bible and Book of Mormon. 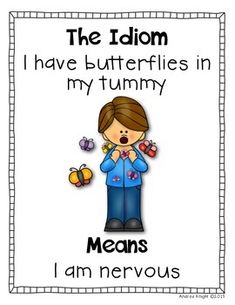 Martin quotes and discusses Job 30:30 & Lamentations 5:10 with idioms referring to blackness.  He engages 2 Nephi 5:21.  One verse with 10 idioms.  Not a literal curse.  An idiom.  And see the footnote to 2 Nephi 30:6, referring to “scales of darkness” to fall from their eyes.

In Marvin’s view, the Lamanites never had darker skin than the Nephites.  He cites many scriptures that show Nephites and Lamanites were not distinguishable on the basis of skin color.  The colors used — black and white — were idioms for righteousness.  Just as the words were used in the Old Testament.

In the first 22 years of the restored Gospel everyone got the priesthood.  Joseph was commanded to give the priesthood to all men.This (below video) is the core presentation Marvin gives globally. He continues to add to each presentation as he and the AAOP (African American Outreach Program) team continues to study, pray and receive.

Marvin Perkins’ 2014 Fair Conference talk:  “Blacks in the Scriptures”.    Watching this (maybe 2 or more times) will change how you talk about race to family, friends, LDS folks, and non-LDS folks.

Alex Boye’s 2004 FAIR Conference address:  “An International Perspective of a Black Member in a “White” Church”

“Don Harwell, Eddie Gist, and Wain Meyers make up the current Presidency of the Genesis Group of The Church of Jesus Christ of Latter-day Saints. The Genesis Group was started in 1971 as a dependent branch of the LDS Church with the charge to fellowship and meet the needs of a growing number of African-American members. It was considered “dependent” because members were dependent on other members for the priesthood.

This policy changed in 1978 under Church President Spencer W. Kimball.”

Russell Stevenson discusses the life of the first black priesthood holder in this dispensation, Elijah Ables. We also discuss the Priesthood ban, it’s history and implications, and what it means for one struggling today. 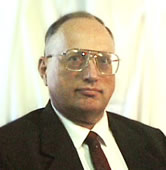 This white guy, John Tvedtnes, is a wonderful scholar and shares valuable insight on this topic.

John Tvedtnes also defends the Book of Mormon from racism.  However, Tvedtnes distinguishes between the curse (iniquity) and the mark of the curse (change in skin color).  Tvedtnes allows for a literal skin color change.  Marvin Perkins sees all references to white and black as idioms.

I appreciate this video, as well as Perkins’.  Each has an interpretation.   No racism in the earliest days of the restored Gospel.

Thus the word of God is fulfilled, for these are the words which he said to Nephi: Behold, the Lamanites have I cursed, and I will set a mark on them that they and their seed may be separated from thee and thy seed, from this time henceforth and forever, except they repent of their wickedness and turn to me that I may have mercy upon them.

Curse:  not the skin color itself; instead, consistent rebellion against God; separated from God’s people; God’s prophet (Nephi) was taken from their midst

Mark of the curse: change in skin color; distinguished Lamanites from Nephites after Nephi and his people left; Tvedtnes posits intermarriage, followed by kids with different skin color; not immediate “poof” from white to black

The Book of Mormon text never says Laman and Lemuel had black skin or were “zapped.”  Instead, only their descendants were described with “skins of darkness.”

John wrote this paper for FARMS in 2003:  The Charge of “Racism” in the Book of Mormon

The 3 Mormons discuss the Book of Mormon and charges of racism:

This book isn’t hot off the presses, but I’ve always been proud of my uncle.  My mom’s brother was the mission president in South Africa in 1978 when the priesthood ban ended.  Uncle Dale has many marvelous stories to tell.

Popes are infallible.  LDS leaders are not.  They have and will continue to make mistakes, though they are humble, talented, kind, and loving leaders doing their best.